On the 19th of October, 2017, Cracow will be the host of the largest meeting in this part of Europe - the international meeting of the heavy transport industry, organized by “Ogólnopolskie Stowarzyszenie Pracodawców Transportu Nienormatywnego” Participants of the autumn ESTA meetings this time will be hosted in Cracow. They will take the part in meetings of the transport section and the lift of the European Non-Transport Association. In the evening, participants will take part in an official dinner with networking, which will take place 125 meters underground - in the Salt Mine in Wieliczka.

Already at 14:00, the ESTA transport section and the ESTA lift will begin at the Sheraton Grand Hotel. Exceptional attendance is also available for OSPTN members and other guests from other countries. Meetings will be held in English and will last until 18:00. One of the key themes of the ESTA will be the rise in protectionism used by many European countries and the bureaucratic burden that the heavy transport industry faces on a daily basis.

The official dinner and networking will take place in an amazing location - 125 meters underground - in the Salt Mine in Wieliczka. Dinner will start at 20:30. After dinner until midnight a networking session will take place in an atmosphere ideal for new business contacts. According to preliminary estimates, the organizers expect nearly 250 people from the transport industry - including a large number of industry representatives from all over Europe. At the official dinner guests will have many attractions. The program includes art shows, live music, magician shows and much more.

We do invite for this unique meeting! 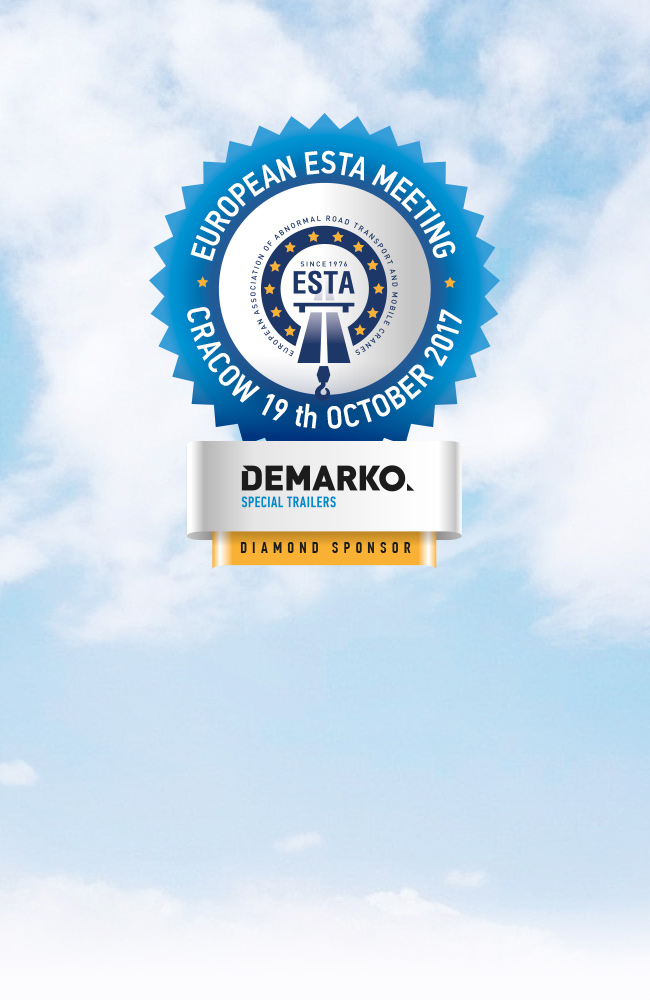 All news
The website of Demarko Trailers uses cookies to ensure your maximum comfort of browsing. If you continue viewing our website without changing your browser settings, you agree to the use of cookies. You can always change your browser settings and block such files.